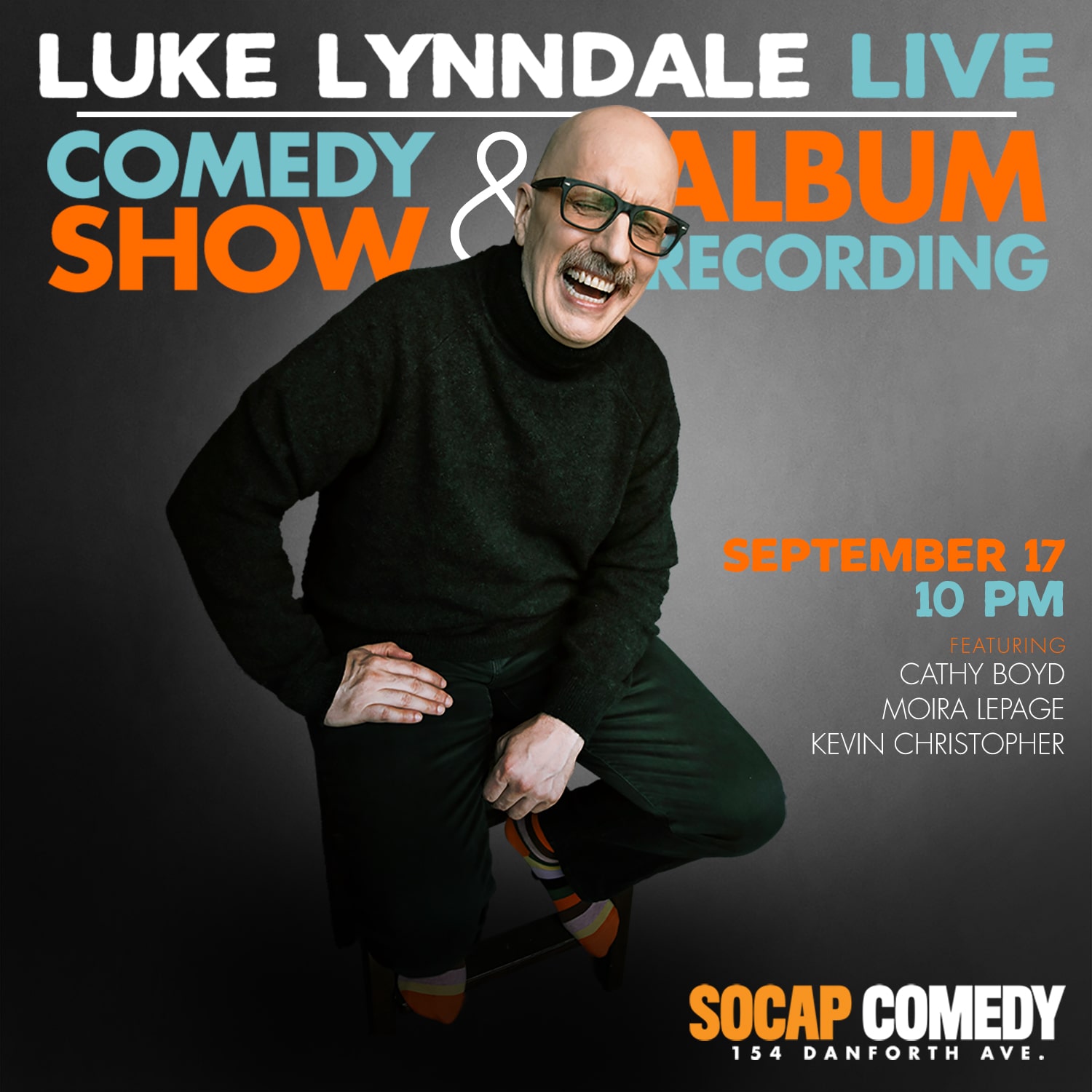 Luke Lynndale is a stand-up comedian, writer, and actor from Montreal. He started his stand-up journey back in 1993 with other very accomplished Montreal comedians – Barry Julien, John Rogers, Martha Chaves, Scott Faulconbridge, and Joey Elias. After a 12-year break for personal reasons, Luke returned to comedy in 2010 mainly performing improv where he was part of a Shakespeare improv troupe and a duo with his 80 year-old father. Their duo, DUO DAD, performed in some festivals in Toronto and the USA.

Lynndale jumped back into stand-up full-time in 2017. His rage-fueled humor has been said to be a combination of Lewis Black and Jerry Seinfeld, if Seinfeld was upset about things that mattered. In 2020, he was a finalist in the Comedian of the North competition in Thunder Bay, ON. In 2021, he performed in the Salem Comedy Festival, Salem, MA. During the pandemic, to prove how nuts he is, he produced and performed in 50 Zoom shows in 3 weeks.

So far in 2022, Luke Lynndale has been on tour in Los Angeles and Michigan. And, performed in the inaugural Comedy Chateau International Comedy Festival where he was chosen as Best of the Fest. In September, he will be headlining at the Finger Lakes Comedy Festival in Ithaca, NY.

“Luke Lynndale’s comedy is truly original and organic, like no other.” – Wendy Wilkins

“Luke Lynndale to me has that Bill Burr Energy and stage presence I could watch his show anytime.” – Rob Thibodeau

Also performing along with Luke: